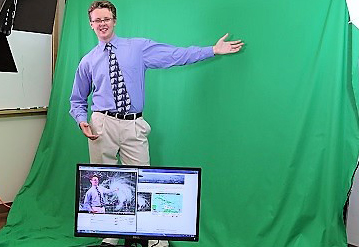 [POSTPONED due to weather (yes, for real) … stay tuned!]

North Yarmouth Academy (NYA) senior Jack Sillin has been invited to the Mt. Washington Weather Observatory by Director of Research, Eric Kelsey to tour and “talk shop.” On September 20, Sillin, a.k.a. “Forecaster Jack” in the weather community, will combine his passion for weather and the outdoors by hiking to the summit of the home of the worst weather in the Americas. “It’s a destination for weather folk,” said Sillin. “Getting to chat weather with other people that know a lot about it, in that environment, is going to be amazing.”

He will be accompanied by NYA director of the Kauffmann Program for Environmental Writing and Wilderness Exploration, Ian Ramsey and photographer Brain Beard of Creative Images Photography. It was Ramsey’s connection with Kelsey that set up the meeting but Sillin’s work that earned the invite. His reputation precedes him as his passion and knowledge of the weather at such a young age resonates through the weather world via social media and his blog at forecasterjack.com.

Jack took a strong interest in weather when he was just 7 years old while watching The Weather Channel on a cross country flight. When Jack was 11, his father and NYA History Department Chair, Peter, allowed Jack to join Twitter to connect with his meteorological heroes, some of whom would strongly disagree with his forecasting or his criticism of their work; that is, until they found out they were arguing sophisticated sciences with a seventh grader. A year later in 2013, he accurately predicted ALL of NYA’s snow-days and was invited to Atlanta by the CEO of The Weather Channel to come tour the headquarters. Surprisingly to Jack, he was asked to give a live on-air forecast. In 2016, Jack was named “Best Meteorologist” by Down East Magazine, (his sophomore year). He now works for Joerg Kachelmann’s Swiss based company Meteologix as the only US based employee. Their site, weather.us, is working on developing a weather modeling system more accurate than the current ECMWF “European” Model.