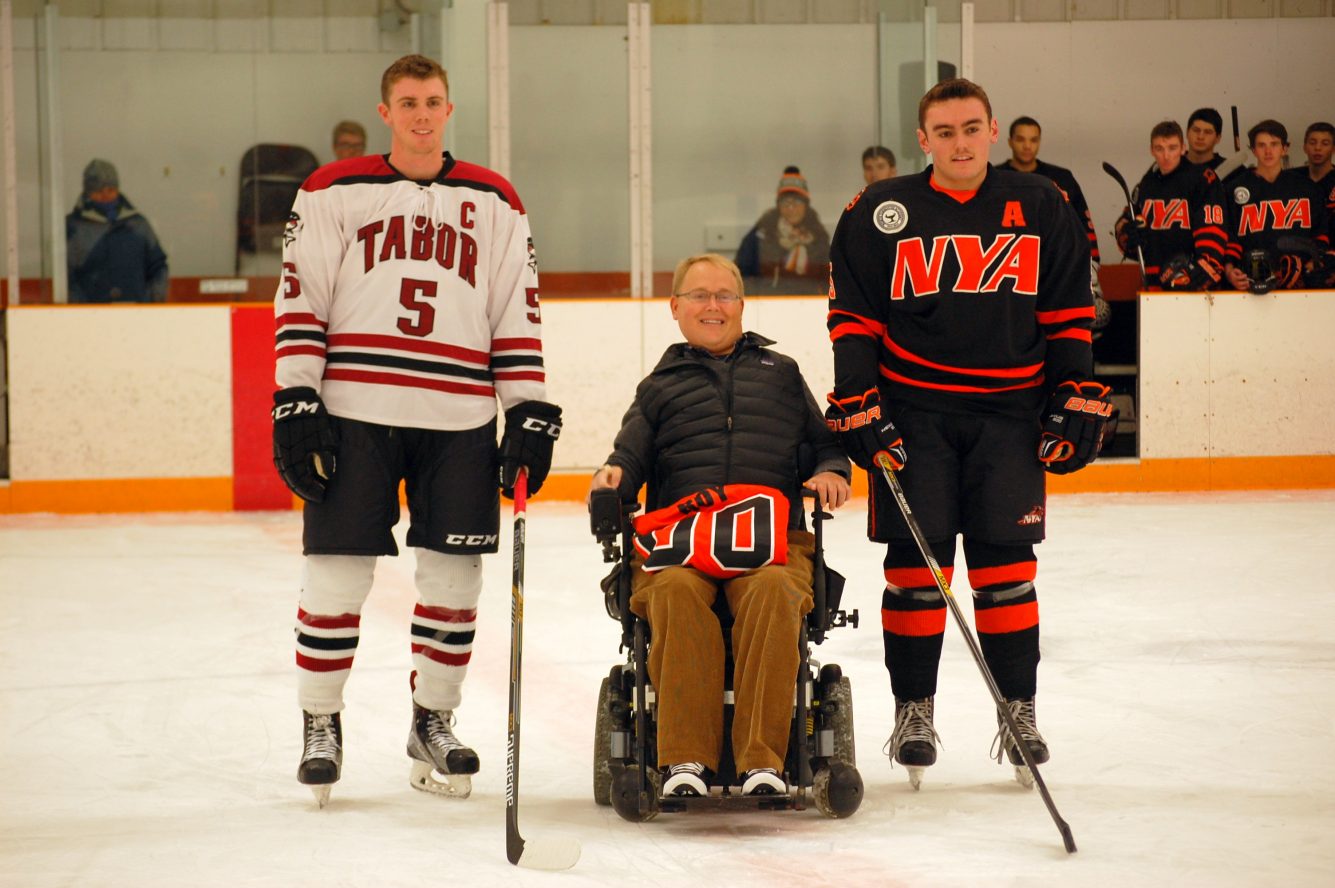 Yarmouth, Maine, October 30, 2020: North Yarmouth Academy (NYA) and the NYA community lost an exemplary member of our family in the passing of Travis Roy. His name emblazons our buildings, drapes from our rafters, and hangs on our walls.

For honor, and now remembrance. “Travis inspired our students and community through his positivity, generosity, and his amazing work in support of those impacted by spinal cord injuries through the Travis Roy Foundation,” said NYA Head of School Ben Jackson. “We will continue to honor his legacy of his life’s work and greatly treasure the memories of his continued involvement, commitment to, and support of the Academy.” 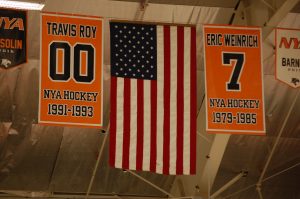 Travis’ accomplishments through his motivational speeches, grit, and the Travis Roy Foundation have brought distinction and great pride to the Academy. For this, the Academy elected to induct Travis as the first honorary member of the Edgar F. White ’38 Athletic Hall of Fame in fall of 2019. In 1998, NYA dedicated the newly renovated ice arena in his name. 17 years later, NYA’s Travis Roy Ice Arena saw his #00 retired and raised to the rafters, joining Eric Weinrich’s #7.

We grieve with heavy hearts for Travis, his family, friends, and those whose lives he touched, of which there are many.

What is the X-Block?