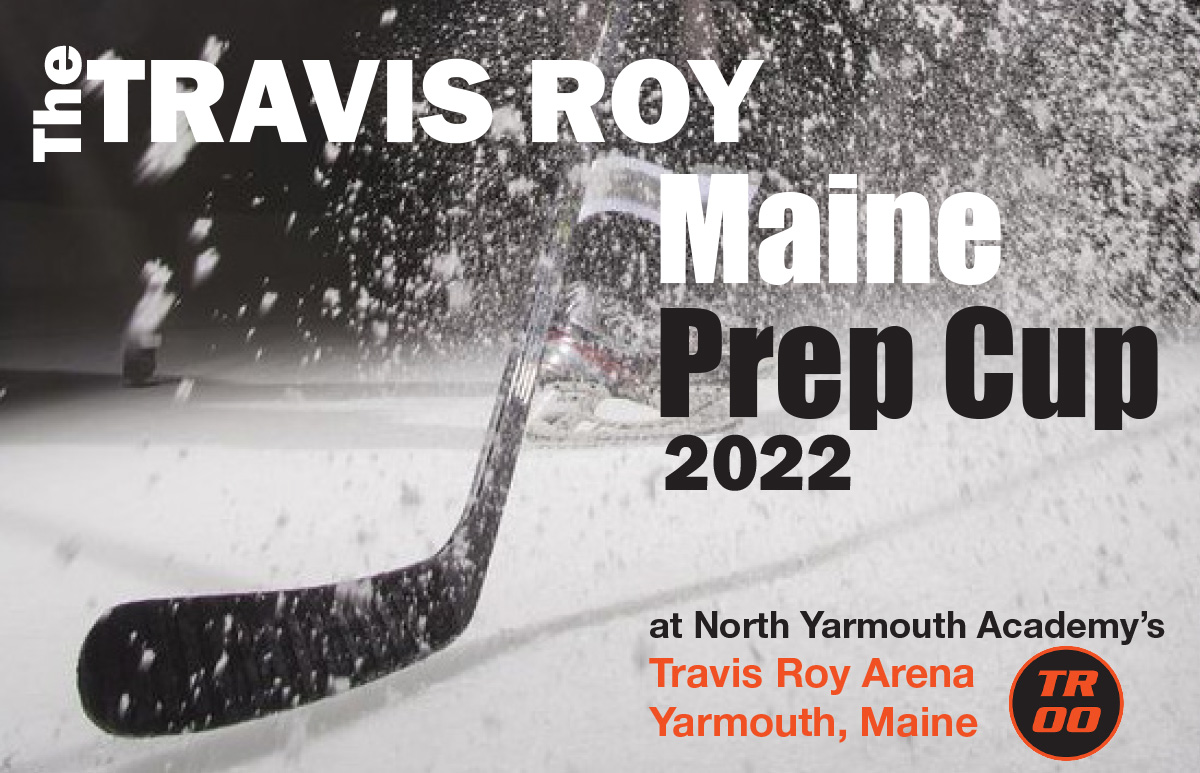 Yarmouth, Maine, January 19, 2022: Due to the impact of COVID cases on schools competing in the girls Travis Roy Maine Prep Cup, scheduling and format has changed.

North Yarmouth Academy (NYA) Hockey is honored to host the upcoming Travis Roy Maine Prep Cup. This tournament, previously called the Maine Prep Cup, was recently renamed in honor of the late Travis Roy ’94. The girls tournament will be held on January 21 and 22, and the boys tournament on February 7 and 14. NYA’s Travis Roy Arena is located at 495 US Route 1, Yarmouth, Maine. This event is open to the public, masks are required.*

The idea for the Maine Prep Cup began in 2015. Mike Warde, Director of NYA Boys Hockey explains, “Bridgton Academy, Hebron, Kents Hill, and NYA wanted to have a tournament similar to the Beanpot in Boston (annual tournament between Boston College, Boston University, Harvard, and Northeastern), and that’s really how it started. We were honored to rename it the Travis Roy Maine Prep Cup earlier this year.” Roy, and NYA alumnus, was inducted into the Edgar F. White ’38 Athletic Hall of Fame in 2019. He brought distinction to the Academy by turning adversity into opportunity and giving back to those with spinal cord injuries.

Tournament play started in 2016 for the boys and 2020 for the girls, and it continues to showcase the Maine ice hockey programs that compete in the New England Preparatory School Athletic Council (NEPSAC). “We are excited to continue the tradition, promoting the abundance of talented young boys and girls playing prep hockey in Maine. You will definitely see some competitive and impressive hockey during this tournament,” said Matt Poulin, NYA Head Girls Hockey Coach and Associate Director of Athletics.

Coach Warde said he is also looking forward to a very competitive tournament for the boys in early February as all four teams have played extremely well so far the season.

NYA Alumnus and teammate of the late Travis Roy, Jay Flower ’94 (Freeport), will drop the puck before the first NYA game on Friday, January 21 at 7:00 p.m. at the Travis Roy Arena.

North Yarmouth Academy is an independent, college preparatory, coeducational school for toddlers to post graduate students with an enrollment of over 375 students. Since 1814, NYA has fostered integrity, character, and intellect in its students. For more information, please contact NYA at 207-847-5423 or information@nya.org.*Please check the status of NYA’s current COVID guidelines to ensure that the spectator policy has not changed.

Alumni at the Helm of NYA Lacrosse