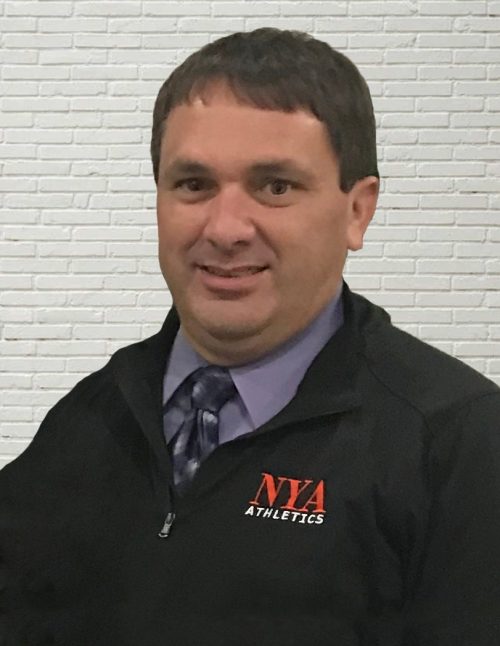 North Yarmouth Academy (NYA) is pleased to announce Ricky Doyon as the new varsity softball coach. Coach Doyon’s softball coaching experience comes from years in the Biddeford Youth Leagues, but he is already an integral and well-respected member of the NYA athletics community. He is also the NYA Girls Varsity Soccer Team’s head coach. Coach Doyon took a soccer program playing a JV schedule in 2016, to a Class C South powerhouse with back-to-back state championships in 2018 and 2019.

On the diamond, NYA softball players have competed in a cooperative team with Cheverus High School for the past few seasons. This year, Doyon will have an all-Panther squad and plans a resurgence in the program following his soccer blueprint. 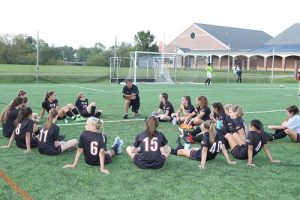 Coach Doyon explained, “I am excited to be selected as NYA’s Girls Varsity Softball coach. It has been a few years since NYA has had a softball program, and I want to bring back the excitement and enthusiasm of having softball at NYA. Having coached soccer at NYA for the past four years, I have had the privilege of coaching many great student-athletes. I know some of the girls from the soccer team are also softball players, so that will help speed up the process. I understand that taking on a new program will require a lot of work and dedication, but I am most certainly up for the task. I am confident that I will be able to connect with the girls, and from there, we, as a team, can get NYA Girls Softball back in the forefront. I am hoping that we can be competitive and have continued progression throughout the season. We will set attainable but challenging goals and build upon them. I look forward to the challenge.”

“We are thrilled to have Ricky extend his reach within the NYA community as our Upper School Softball Head Coach,” said NYA Athletic Director, Kelsy Ross. “We know he’ll use the same passion, enthusiasm, and team approach to softball that it took to accomplish what he’s done for girls soccer in leading our re-emerging softball program.”

Panther softball will compete in Class D South, while playing a competitive Class D, C, and B regular season schedule.