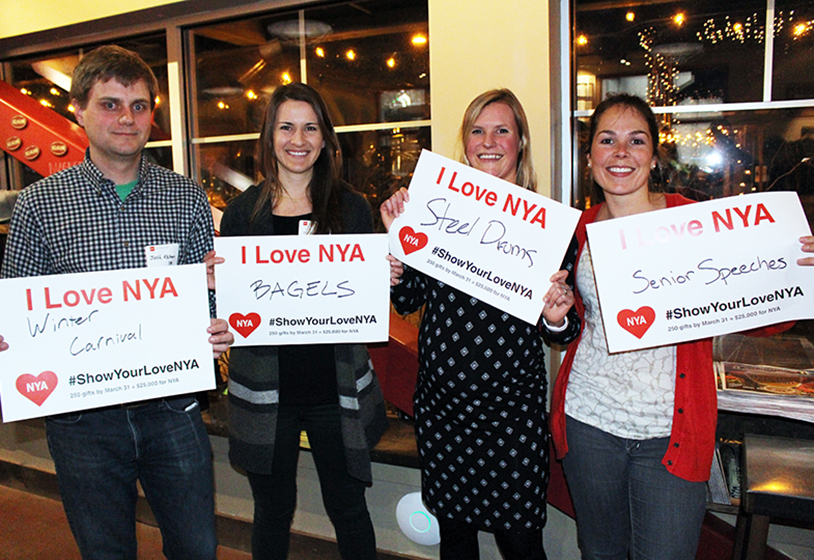 Giving to North Yarmouth Academy (NYA) increased sharply this year, as the Academy received commitments totaling $1,368,008 from alumni, parents, trustees, grandparents, friends and foundations during the fiscal year that ended June 30, 2018. In the previous fiscal year, NYA received $478,569 in gifts from all sources. This year’s total breaks the previous annual dollar giving record of $860,829, reached in 2013. “I am deeply grateful to our donors for their generosity and commitment to NYA,” said Head of School Ben Jackson. “This rise in giving allows us to continue improving core components of the NYA experience, including strong academic programs, arts and athletics offerings, generous financial aid, and dynamic student programs that nurture our students’ talents and interests in the classroom and beyond.”

Of the total giving to NYA, $584,916 was committed to the Learning Commons project which includes a renovation and expansion of the current library in the Curtis Building. The NYA Learning Commons will become a state-of-the-art space for information technology, online education, tutoring, collaboration, content creation, meeting, reading, and study.

“It is thrilling to share news of a record-breaking year in philanthropy. The generosity of NYA alumni, parents, grandparents, and friends is extraordinary and exemplifies pride in NYA and a strong commitment to the Academy,” said Jennifer Richard, Director of Development. “I am also grateful to the dozens of alumni and parents who supported this effort as dedicated volunteers.”

With more than 290 alumni donors, annual giving to the Academy Fund totaled $365,500, surpassing the goal for the year to support academic, athletic, extracurricular, and financial aid programs. The Academy Fund total includes contributions from 243 current parents and parents of alumni.

Participation in giving to NYA increased dramatically during the “Show Your Love” campaign in March as 369 individuals made gifts to NYA and helped unlock a $25,000 challenge gift from NYA Board President Allen Bornheimer ’60, GP’30.

“Gifts to NYA make an impact on every aspect of the Academy,” Bornheimer said. “On behalf of the entire Board of Trustees, I offer my gratitude. It’s been a remarkable year, and we are truly thankful.”