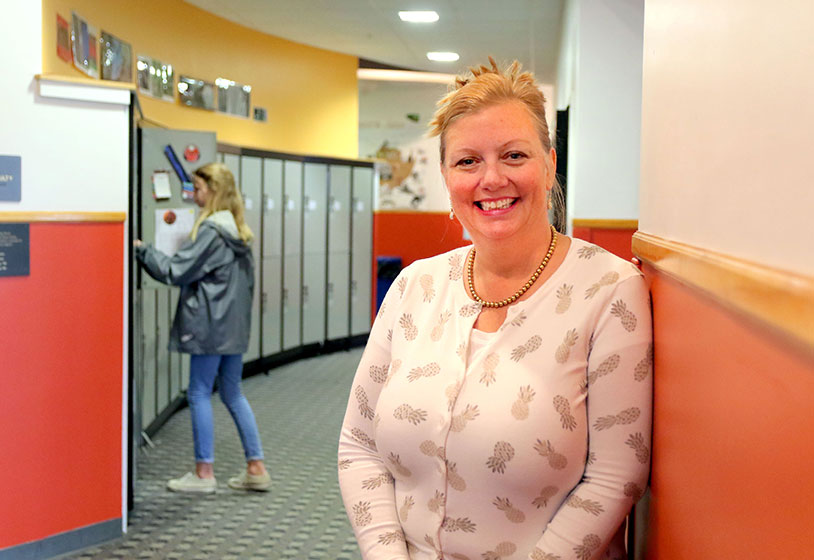 Marissa Markonish is the Head of Middle and Lower Schools at North Yarmouth Academy. Marissa joined the staff at NYA in 1995, teaching Latin in both the Middle and Upper Schools. She holds a BA in Classics from Wesleyan University in Connecticut and an MAT in Latin and Classical Humanities from the University of Massachusetts, Amherst. Marissa moved into the role of Head of Middle School in 2010 and helped to open the Lower School in 2013. In her current role as Head of Lower and Middle Schools, she enjoys implementing an engaging and dynamic program for our students from toddler through eighth grade.

In the field of education, practices sometimes seem to come and go much like trends in fashion. Some trends offer only a slight twist from the norm, while others really shake up the status quo, and many quickly move into the “what were we thinking?” category. These trends sometimes pass so quickly that before they can be fully understood and implemented, a new fad has already come and taken its place. One such trend in the world of education is proficiency-based grading.

On its surface, proficiency-based grading is appealing to many. The method boasts emphasis on helping students to learn at their own pace, focusing on what the student actually knows, and not passing students who are not yet proficient in certain areas of the curriculum. What’s not to like? In reality, however, many find that proficiency-based grading is confusing, creates tremendous strain on classroom progress, and fails to inspire students to do more than the minimum.

In a proficiency-based grading system, students typically earn grades on a scale from 1-4. This range is far more limiting than the traditional 100-point system, and students and parents often find themselves scratching their heads when trying to understand how successful the student actually has been in a particular content area.

The concept of proficiency means that students may take assessments over and over again until they show a “proficient” level of understanding of the material. For proficiency-based classrooms, this may mean that deadlines appear to go out the window, that students don’t bother studying for an assessment since they know that they can always retake it, and that classroom instruction stalls as students are at all different points in the curriculum and the teacher can’t move on to new topics.

What is perhaps most frustrating for many families, however, is that this approach appears to reward mediocrity without an incentive to challenge oneself or recognition of those who go above and beyond.

At NYA, we have chosen to stay with the traditional 100-point grading scale and corresponding letter grades. This scale is immediately recognizable to families, providing a clear understanding of a student’s performance in each subject area.

As an independent school, NYA gives teachers tremendous freedom not only in their curriculum development, but also in their grading. With smaller class sizes and teaching loads, teachers here are able to know their students extremely well and to fully recognize their strengths and challenges. Teachers are able to lessen the impact of a one-off poor grade and to reward initiative, hard work, and improvement over time.

Moreover, we at NYA feel that a grade is much more than a number or a letter and should always be shared in context. We don’t utilize online grade portals, which tend to heighten anxiety and increase focus on grades, and always include extensive comments written by each classroom teacher with our report cards.

Students and parents understand not only what grade the student has earned, but how and why they earned that grade and what they might do to improve. We believe that a system which provides clarity for families, freedom for teachers, and inspiration for students is the best way to record student progress.