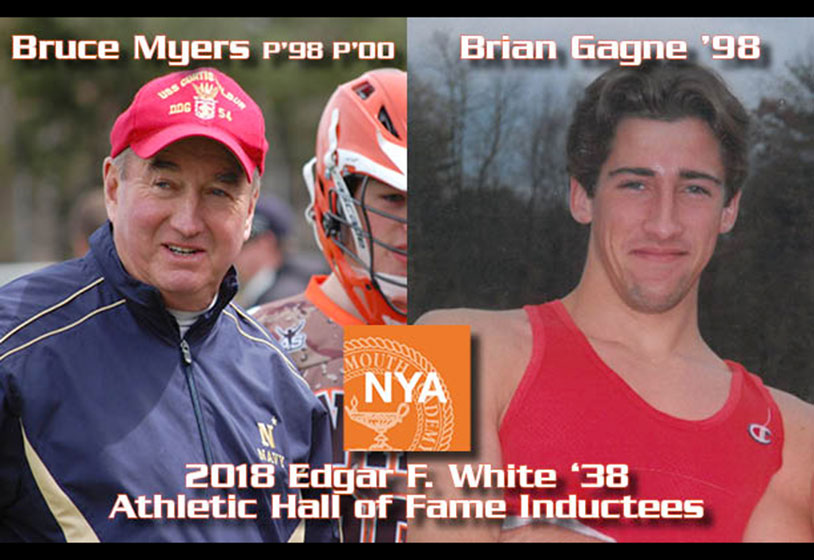 North Yarmouth Academy (NYA) will honor Bruce Myers P’98, P’00 and Brian Gagne ‘98 with inductions into the Edgar F. White ’38 Athletic Hall of Fame on September 28, 2018.  The ceremony will take place in the NYA gymnasium at 10:00 a.m. during Friday Forum, NYA’s weekly school-wide community meeting. All are welcome to attend. A luncheon for friends and family will follow the induction ceremony. Please email alumni@nya.org if you would like to attend. 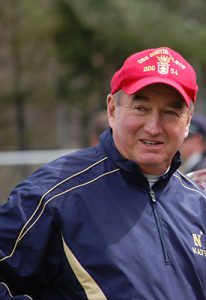 Over his 31-year tenure with North Yarmouth Academy, Bruce Myers P’98, P’00, wore many hats – head coach of Middle School and junior varsity hockey and lacrosse, Middle School tennis coach, Assistant Director of Development, Alumni Relations Director, founder of the NYA holiday craft fair, tireless volunteer, and mentor to countless student athletes. “I think of coaching as a classroom without walls,” he said. “You probably deal with the whole student more than in the classroom.”

He attributes his success to having patience with student athletes and the relationships he formed with fellow NYA coaches. In 2014, in recognition of his dedication to NYA, the boys lacrosse team named their annual student athlete award for sportsmanship and teamwork, the Bruce Myers Coach’s Award. 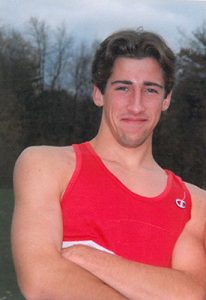 Brian Gagne was a standout athlete on the cross-country, ice hockey, and lacrosse teams. While his athletic contributions to all sports were impressive, he earned many accolades and awards for his prowess as a hockey goalie. In 1997 and 1998, with Brian in goal, NYA won the Maine Class A championship hockey titles. Brian was selected to the 1998 high school Class A hockey all-state team and to the high school senior all-star game rosters for Class A. He was one of two finalists for the 1998 Travis Roy ‘94 Award, which honors the top Class A hockey player in Maine. The New England Private School Ice Hockey Association named Brian to their regional all-star teams for Division II East in 1998. After his graduation from NYA, Brian attended Babson College where he graduated Magna Cum Laude in 2002 with a Bachelor of Science degree in Business Administration with a concentration in Finance and Evaluation. During his undergraduate years, Brian focused on running, captaining the Babson cross-country team, and working to transition the track and field program from a club sport to varsity status. In 2001, Babson track and field team’s inaugural year as a varsity sport, Brian became the first-ever NEWMAC All-Conference honoree, taking first place in the 10,000 meter run at the conference championships. The following year, Brian repeated as conference champion in the same event, becoming Babson’s first-ever two-time All-NEWMAC selection while also earning All-New England recognition.

Brian and Bruce’s dedication both in the classroom and in athletics has brought distinction and pride to the Academy.