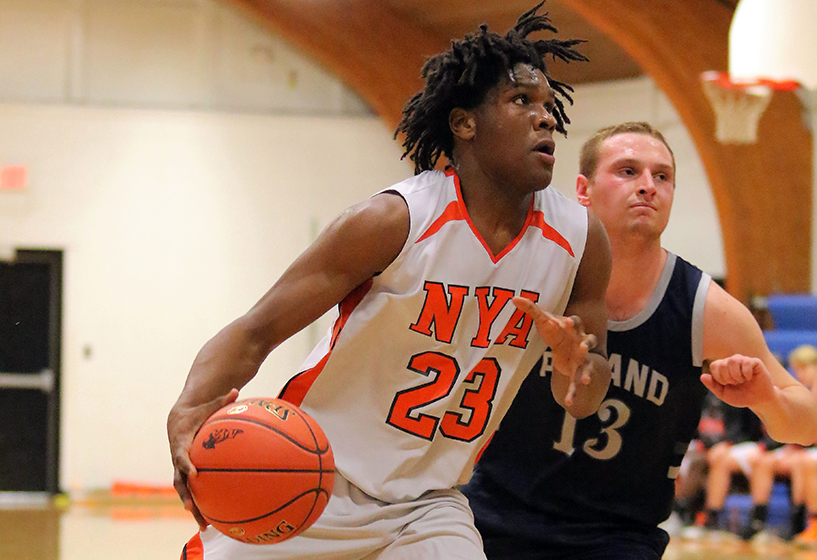 North Yarmouth Academy (NYA) junior Te’Andre King surpassed the 1,000-career point mark on Friday, January 25, 2019 when the Panthers took on Old Orchard Beach at home. At tip-off, King was 14 points shy of quadruple digits. At 2.01 minutes into the third quarter, Te’Andre eclipsed 1,000 off a pass from Chris Hamblett. King joins six other Panthers in NYA’s history to reach this milestone and the first to do so in thirteen seasons. 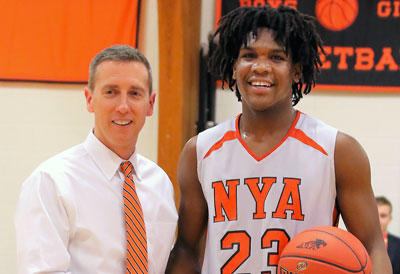 “Te’Andre has very good potential to break this mark…it’s likely,” said NYA Athletic Director Jack Hardy, who goes on to praise King’s character. “I consider myself a fortunate individual to have served my tenure at NYA as Te’Andre studied and competed here. I enjoy watching kind and respectful teenagers succeed, and couldn’t be happier for this young man. We are so fortunate to have Te’Andre part of our school community, and we have been anxiously awaiting this big day!”

King has been an NYA starter since his first game of his freshman year. He led the entire Western Maine Conference in scoring his sophomore year, averaging 23.2 points and 13.1 rebounds per game. He came to NYA from Manhattan, New York for his freshman year through the generosity of a local host family. The Portland Press Herald interviewed Te’Andre and has more about his journey to NYA and his love of basketball.