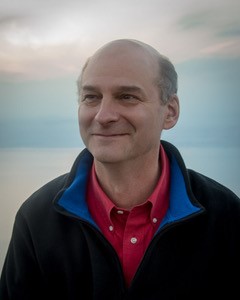 North Yarmouth Academy (NYA) is proud to announce Brett Pierce as the 2019 commencement speaker. Pierce is a program developer, producer, and educator who spent over 25 years working around the globe in media production that entertains around a defined curriculum. The NYA Commencement Ceremony will take place on Sunday, June 2 at 2:00 p.m. on the front lawn of 148 Main Street, Yarmouth.

He’s the founder and Executive Director of Meridian Stories, a non-profit based in Freeport, Maine, who’s mission is “to prepare students for the 21st Century workplace by providing opportunities to collaborate, create, problem solve, and lead in the development and production of meaningful digital narratives that address curricular goals.”

Along with his work on Meridian Stories, Pierce is the Co-Executive Producer of two US Institute of Peace radio dramas, Hirka Nabadda (Wave of Peace) in Somalia and Sawa Shabab (Together Youth) in the South Sudan. He is the consulting producer on Iftah Ya Simsim, the Arabic version of Sesame Street that launched in the fall of 2015. Prior to that, he served for four years as the Co-Executive Producer of a TV series targeting Iraqi teens called Salam Shabab (“Peace Youth”), as well as the Executive Director of Panwapa, a digital initiative about global citizenry from Sesame Workshop, the creators of Sesame Street. This project capped over eight years as a Supervising International Producer for Sesame Workshop, working on projects about a wide range of topics including math, science, and conflict-resolution. He has worked in over 20 countries including China, Macedonia, Indonesia, Poland, Cyprus, Mexico, and Ecuador.

Brett holds a BA from Kenyon College and masters degrees from both Middlebury College and Columbia University. Pierce lives in Freeport, Maine with his wife and two children.