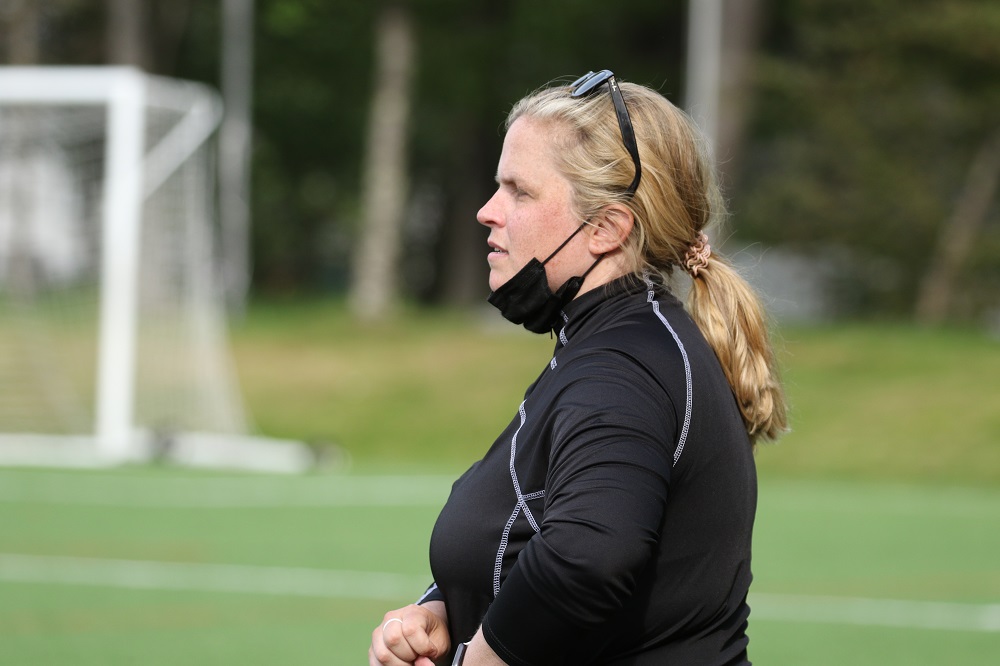 Yarmouth, Maine, July 20, 2021: North Yarmouth Academy (NYA) Alumna Molly (Moss) Stokes ’05 steps up from her assistant role to head coach the girls varsity lacrosse program. The 2021 season was Stoke’s first as the NYA varsity assistant, but it was by no means her introduction into the coaching foray. In 2012, she assisted with NYA girls soccer, Cape Elizabeth girls lacrosse, and led the Sophomore Girls Maineiax Lacrosse Club. Stokes has collegiate coaching experience with both the Hamilton College and Endicott College (her alma mater) women’s lacrosse teams. As a student-athlete at Endicott, Stokes earned Commonwealth Coast Conference accolades all four years. She graduated with a B.S. in Sports Management and Minors in English and Coaching, as well as an M.B.A.

“I am so thrilled to be back coaching at NYA,” said Stokes. “The program has always held such a special place in my heart, and I cannot thank Coach Sterling enough for bringing me on board last year as her assistant. Coach Sterling has had so much success over the years, and it was an honor to coach by her side. This past year brought a lot of obstacles, but I am confident going into the 2021-2022 school year that we will continue to build the NYA lacrosse program and be powerful contenders in the tournament. The student-athletes who are a part of this program bring such enthusiasm, skill, and love for the game. It has been so wonderful to be back on campus.”

“We feel incredibly lucky to have Coach Stokes take the helm of the program,” said NYA Athletic Director Kelsy Ross. “Her knowledge of the game, competitiveness, humor, and general approachability are undeniable. The combination of being an alumna, a former collegiate student-athlete, and a coach who truly cares about the well-being of our community will make this transition seamless for our girls lacrosse program.”

Stokes takes over from NYA and Maine coaching legend Julia Sterling. Coach Sterling’s Lacrosse coaching career began in 1993 when she created and directed The Downeast Lacrosse Camps for Boys & Girls. A post she held until 2012. In 1998, she started the lacrosse program at Yarmouth High School. Coach Sterling led the NYA varsity girls lacrosse team from 2008 – 2011. In those four years, she elevated the program and brought the 2010 Panthers to their first state championship title.

Coach Sterling also had two stretches at the head coaching position of NYA field hockey from 2003-2010 and 2017-18, winning two class C state championship titles. NYA and all the athletes she has coached over the years wish Coach Sterling the very best in her retirement.

North Yarmouth Academy is an independent, college preparatory, coeducational school for toddlers to post graduate students with an enrollment of over 375 students. Since 1814, NYA has fostered integrity, character, and intellect in its students. For more information, please contact NYA at 207-847-5423 or information@nya.org.