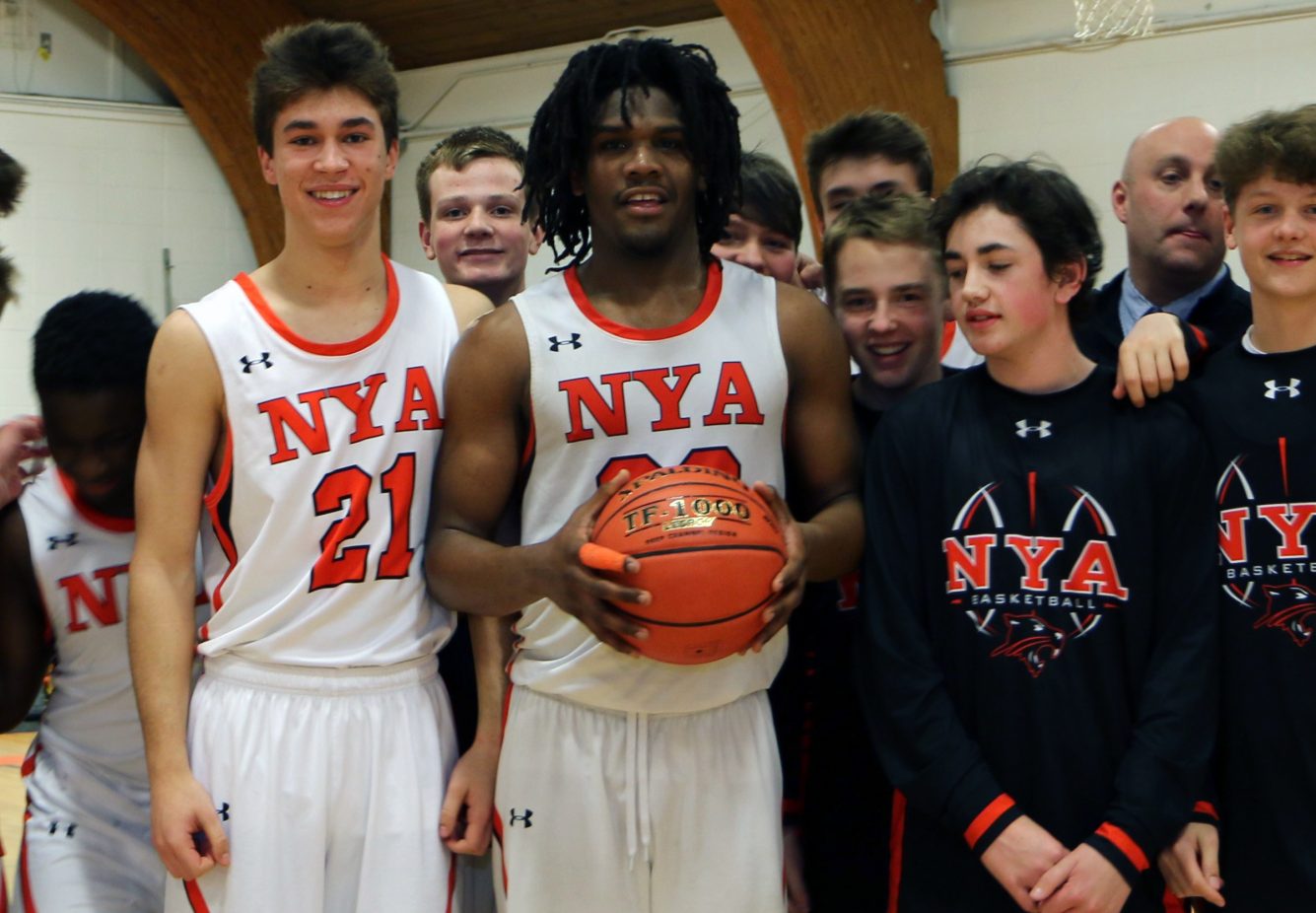 January 28, 2020:  North Yarmouth Academy senior Te’Andre King (Portland) set a new school all-time scoring mark tonight when the Panthers hosted the Rangers of Traip Academy. At tip-off, King was 25 points shy of the 1401 record set by Tim DeLuca ’05 fifteen years ago. By the final buzzer, the new bar was set at 1404 The Panthers have four more regular season games and a playoff bid for King to increase his NYA boys basketball legacy. NYA defeated Traip 56 to 50, and King had the last four points in the game. 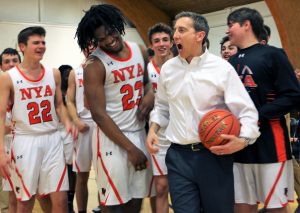 “Becoming a program’s all-time career points leader is a big deal,” said NYA Athletic Director, Kelsy Ross. “It didn’t happen by chance for Te’. He’s invested a ton of time and energy into the development of his game, the NYA boys basketball program, and our school community as a whole. This accomplishment is a fitting addition to the already large legacy Te’ has imprinted as an NYA Panther.”

A four-year starter, King currently has career averages of 19.6 points and 11.6 rebounds per game. In the 2017-18 and 2018-19 seasons, he led the Western Maine Conference in both categories, averaging 23.5 points and 13.5 rebounds over that two-year period.