Yarmouth, Maine, June 2, 2021: North Yarmouth Academy (NYA) is pleased to announce its 2021 commencement speaker is Meredith Segal, NYA Class of 2004. Segal has devoted her career to advancing opportunity for vulnerable individuals in the United States and around the globe. A zealous social entrepreneur, she offers meticulous operational leadership, creative strategic vision, and unflagging optimism that our most daunting problems can be solved when people and entities come together. NYA’s 207th Commencement will take place on Sunday, June 6, at 11:00 a.m. under the tent on Denney field, behind the Curtis Building, 148 Main Street, Yarmouth, and virtually via Vimeo. 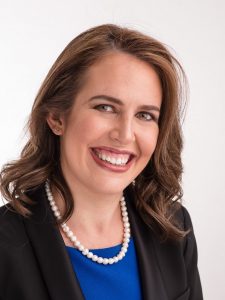 Segal currently serves as an Associate Director at Social Finance, a nonprofit organization dedicated to mobilizing capital to drive social progress. She has managed projects including publishing a book on the topic of “Catalyzing Opportunity” in partnership with Federal Reserve Banks of Atlanta, San Francisco, and Philadelphia; advising a team regarding the construction of a fund to support charter school facility needs; and running a national competition to scale effective career and technical programs in partnership with the US Department of Education.

In 2017, Meredith co-founded the African Development University (A.D.U.) in the country of Niger in West Africa. The mission of A.D.U. is to prepare the most talented young women and men in Francophone Africa to lead the development of their nations as entrepreneurs, accountants, physicians, engineers, and government officials. Meredith served as the founding co-President and oversaw student selection and enrollment, curriculum development, the ILIMI Global Fellowship program, communications, partnership building, and fundraising. She built a core staff comprised nearly entirely of Nigeriens working in close collaboration with faculty and advisors from six continents.

Meredith has spent much of her career in politics and U.S. education reform. In 2006, Meredith founded and led Students for Barack Obama, which she built into a national movement consisting of chapters on more than 1,000 campuses and mobilizing hundreds of thousands of students. She was selected as one of the original National Co-Chairs of President Obama’s 2008 campaign. She also worked for Senator Sanders in 2016 and has consulted for candidate and issue campaigns domestically and internationally.

Segal was one of the founding leaders of Alma del Mar Charter School in New Bedford, Massachusetts, where she directed operations, student services, and community engagement. She subsequently served as Chief of Staff and Director of Strategy for Match Education in Boston, Massachusetts. While at Match, she helped to structure Match Beyond (now Duet), an unprecedented partnership with Southern New Hampshire University to offer low-income adults an efficient and effective pathway to earning Associate’s and Bachelor’s degrees. She began her career as a disabilities specialist for an Early Head Start program in Dorchester, Massachusetts and as the director of a transitional housing program for homeless young adults in Greater Boston.

Meredith earned a Bachelor’s degree from Bowdoin College, where she received the Unsung Hero Award and the President’s Award. She earned a Master’s in Public Administration from the Harvard Kennedy School, where she was a Gleitsman Leadership Fellow through the Center for Public Leadership and a Fellow of the Women and Public Policy Program. She now serves on the Alumni Board of Directors of the Harvard Kennedy School as well as on the Boards of the YWCA Cambridge and the Institute of Happiness in Bhutan.

North Yarmouth Academy is an independent, college preparatory, coeducational school for toddlers to post graduate students with an enrollment of 375 students. Since 1814, NYA has fostered integrity, character, and intellect in its students. For more information, please contact NYA at 207-847-5423 or information@nya.org.